One dish that complements every fancy occasion and fits every lunch box is the versatile roti. Plentiful maidas and attas are meticulously stacked up on every retail shelf in India. Next time you go on your weekly grocery run, notice how the flour sections are probably the biggest section compared to all the others. Whatever emerging trendy french bread may come and go, our devotion to the beautiful rustic roti is irreplaceable. We have been scooping up saucy ghee filled dishes with hot pieces of flatbreads for centuries. Roti is an intrinsic part of our meals, no Indian meal is complete without these fluffed delights. It’s the perfect sidekick to our yet another variety of creamy curry dishes. Our culinary syncretism is characterised by these flatbreads that take up manifold forms. Indian Rotis take up so many personalities depending on the type of flour used, masala and the stuffing. Flours that are commonly used are types lentil flours, wheat flour, cornflour and rice flour. The dizzying aroma of butter melting on these Rotis keeps us captivated. Let’s look at some of their diverse avatars.

Tandoori were the very first kind of Rotis that were made from earthen and cylindrical clay ovens. It is made from two flours - wheat and maida. While huge tandoori ovens are a familiar sight in Indian restaurants, you will hardly see them at homes. They are soft on the inside but roasted and crisp on the outside. Naan and tandoori are most often confused because of their similar demeanour, but a true roti lover will know the intricate differences between the two. While tandoori s made from two kinds of flours, naan is only made from maida. The dough is fermented first in naan while the tandoori dough is used as it is. They are made more flavourful by adding herbs and spices. This is a unique blend of flours and stuffing that just begs to be torn apart and devoured by your fingers. They are the epitome of being desi oozing out of butter and bursting with spicy chatpata masala. They take up countless incarnations depending on the stuffing. Bursting with whole wheat and ghee, their soft texture is like warm hugs to the palate. Like the rest of the members of the family, kulcha too is backed from a traditional tandoori oven. They are perfectly brown on the outside and pillowy soft on the inside. Kulchas are made of mashed potatoes, wheat and sour curd. The aroma of baking a kulcha in the oven with lots of ghee makes it irresistible. Now that we have covered the basic rotis all of us have grown up eating, let's advance unto unfamiliar zones. A favourite in Marathi cuisines and North Karnataka regions, thalipeeth is lightly spiced, has a savoury taste and can be served as it is. They can be a great experiment when you want to clean out the leftover lentils and stock up on fresh harvest. They can be made from all types of grains and flours but sabudana thalipeeth is usually consumed during religious fasts. Credited to an ideal farmers food, Raagi roti is a staple grain in most parts of karnataka. They are thin, mildly spiced and generally eaten along with coconut chutney. The wonder grain Raagi is also used to make ladoos, dosas, porridge, malt and healthy biscuits. They are gluten-free and rich in fibre. Jolada rotis are unleavened flatbreads made out of Jowar. They are not only exceptional to taste but also nutritionally praised for their protein content and many health benefits. They are a must-have in most North Karnataka households and are usually eaten with pulse curries like Jhunka, enne gai and assorted chutneys. A popular bowl-shaped pancake made from fermented rice and coconut milk. It is culturally linked to Kerala and is an authentic breakfast dish in that region. They can be filled with different ingredients like steamed eggs, fish and vegetables. They are fluffy in the centre and crisp at the edges and subtly sweet. It tastes incredible with vegetable stew or coconut milk. It falls under the category of sattvik Maharashtrian recipes and almost every auspicious occasion in Maharashtra will have Puran Poli. The sweet protein stuffing gives it the name Puran and poli translates to flatbread in Marathi. This sweet lentil flatbread is prepared from wheat flour and chickpea stuffing. It is enjoyed with plain milk or aloo subzi. Padvali roti with aamras is every Gujarati’s nostalgia. As it extensively served in Swaminarayama temples across the country it is also renowned as the Swaminarayan roti. If you have ever visited Akshardham in Delhi, then you would have tasted this variety of flatbread. Pad translate to layers in gujurati, two rotis are rolled together, roasted with a generous amount of ghee and then separated. The sweet flavour and saffron golden colour, adds a rich mix to your monotonous roti cycle. This Mughlai delight is infused with Kesar and topped with dry fruits. Traditionally made in tandoori, they derive their royal flavour from milk. It is delightfully devoured in Kashmir and Lucknow. Traditionally it goes very well with a spicy mutton soup. It is not uncommon to see Bhakri used as a plate in rural fields, thecha and chutney are served on top of it and eaten together. It is a type of thick roti prepared from multi grains and complex carbs. They are very prominent in Goa, Maharashtra, some parts of Gujarat and Rajasthan. It is routinely savoured with chutneys, pickles, curries and onion. Pathiri is essential thin rotis made out of soft rice flour with greater emphasis on soft. Every Malabari is on the lookout for a nice Pathiri in their times of distress, it’s the ultimate comfort food for people in the Malabar region. It is usually paired with varutharacha curry which is usually prepared from mutton, chicken or fish. Chapati is an unleavened wheat flour bread flatted on Tawa and toasted. Rice and chapati are constantly in competition with each other, rice has received a bad rep for no reason and Chapatis are usually recommended as a healthier alternative to it. While rice and chapati have the same amount of carbohydrates, it’s the greater fibre and protein content in chapati that puts it on top. This savoury flatbread is faintly bitter due to its methi ingredient but excellently spiced. This simple and rustic flatbread is the core of traditional Gujarati cuisine. Whole wheat and gram flour are the primary ingredients in this type of roti. They do very well as a stand-alone dish but you can also pair it with plain curd, mango chutney, mango pickle or mango chunda. Khamiri in Urdu translates to yeast, and it is believed to be praised since the Mughal age. They are soft and spongy with a tinge of tangy taste. People usually reserve this dish for festivals and fancy occasions. Jama Masjid and old Delhi suburbs are sid to be the authentic places to gorge on these delicious rotis. This is one of those healthy yet tasty rotis very popular among Punjabi’s and Rajasthani’s. With the goodness of whole wheat and black gram, It is protein-rich, gluten-free and lowers cholesterol. From Prithvi raj Chauhan to Varun Dhawan, everyone’s immersed themselves in this humble roti. It is best to indulge in these during winters. Janta rotis are melty delights from Odisha. It is one of the softest rotis you will ever savour on. They are easily digestible and usually wins the heart of kids and the elderly. The dough is prepared by boiling water and milk mixture first and then wheat flour is added and cooked. The precooked dough is later flattened and made into rotis. This list is just the tip of the iceberg, there are about 150 variations of roti that could be experimented with. Rotis are an all-purpose delicacy that blends with every type of occasion. 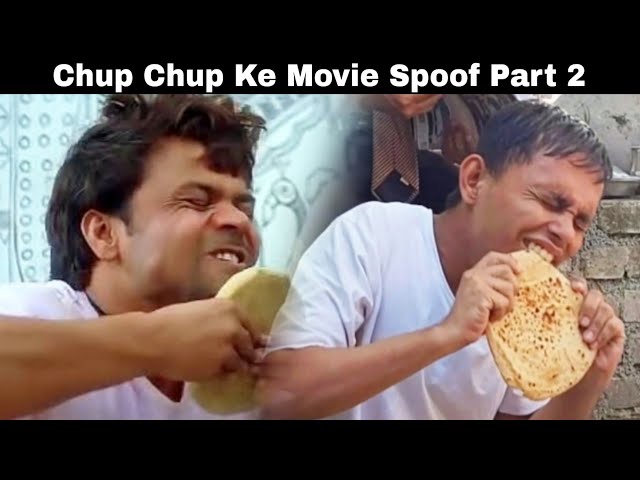